In California, child custody is awarded based on the “best interests of the child.”  Both parents enter the courtroom equal in the eyes of the law. However, after the dissolution of a relationship, a judge will determine custody based upon the following guidelines:

There are two basic types of child custody. These are legal custody and physical custody. The following is a breakdown of what each means:

When parents share legal custody, this means they both have the ability to make choices about the above situations and more. This doesn’t mean that they have to agree with each other. However, they must cooperate with each other when making these choices. 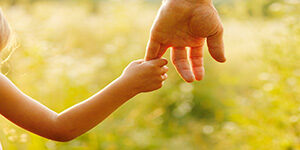 it’s almost impossible for a child to split their time exactly equally. It just means that they will spend as close to equal as possible time with each parent. One parent can have primary or sole physical custody though and this means the child lives with that parent most of the time and only visits the other parent. Visitation is the time the non-custodial parent legally has with the child.

Typically, California prefers to award both joint physical and joint legal custody to parents when it is applicable. Of course, not every situation is the same, and sometimes this isn’t in the best interest of the child. It is the ideal situation, though.

Why Hiring an Orange County Child Custody Attorney is Wise:

The above information gives you just a small taste of all the many aspects that makes up child custody. There are also visitation issues that go along with custody arrangements along with other issues. Any issue involving child custody can be wrought with emotion and often causes conflict. Consequently, it’s a good idea to contact an experienced family law firm, such as the Law Office of Britt Zoolalian, to learn more about your rights when it comes to child custody from the experts.